PLEASE NOTE - the MyCuppaJo blog has moved to Substack. Please subscribe to my newlsetter there and never miss a post! mycuppajo.substack.com
Home » Where I’m coming from when I talk about pain…

So where the heck am I coming from?

Part of why I write this blog is to bridge the gap between the science of pain and the experience of pain and between clinicians’ and patients’ understanding of pain. I’m at an interesting intersection in the pain world. I have lived with pain, so view pain science through that lens. I try to make sense of things for both myself and others, patients and clinincians.

Through my blog I’ve had the great fortune to interact with many people living with pain, people who see their experiences reflected in my words and also have their own stories to share, from which I’ve learned so much.

I also get to learn from clinicians and researchers through pain science conferences like the San Diego Pain Summit and Paincloud, pain education companies like NOI and Modern Pain Care, research groups like Body in Mind, and forums on the interwebs like Explaining Pain Science. (By no means an exhaustive list.)

But that all doesn’t really explain my background, which I feel is relevant to to some upcoming posts (I’m anticipating some pushback), so I wanted to explain a bit more about where I’m coming from.

Back in the day I was a neuroscience and psychology geek

I have always been a brain and human behavior geek. The brain is fascinating. People are fascinating. It was that fascination that led me to study psychology as an undergad and biopsychology in particular.

In my undergrad study I worked in a biopsychology research lab for two years. We studied the effects of visual field distraction on memory tasks in broke-ass college students. I was one of the research assistants who led students through the experiments, collected data, met regularly with my advisor (Dr. Dean Purcell, the man who really got me interested in the science of the brain). As a part of my studies I took courses in the scientific method and research stats.

Straight out of university I went to graduate school in psychobiology/neuroscience at Ohio State. I took anatomy through the medical school, slogged through research statistics (harder ones this time) and studied the brain in depth in my coursework while also spending 7 days and around 50 hours a week in the lab.

In our research lab we studied cognitive function, particularly attention and memory and associated disorders like Alzheimer’s, dementia, schizophrenia and ADHD. To get even more specific, our lab studied the role of acetylcholine in the nucleus accumbens (in rats).

It wasn’t pain but it was still about making sense of the brain, still neuroscience. 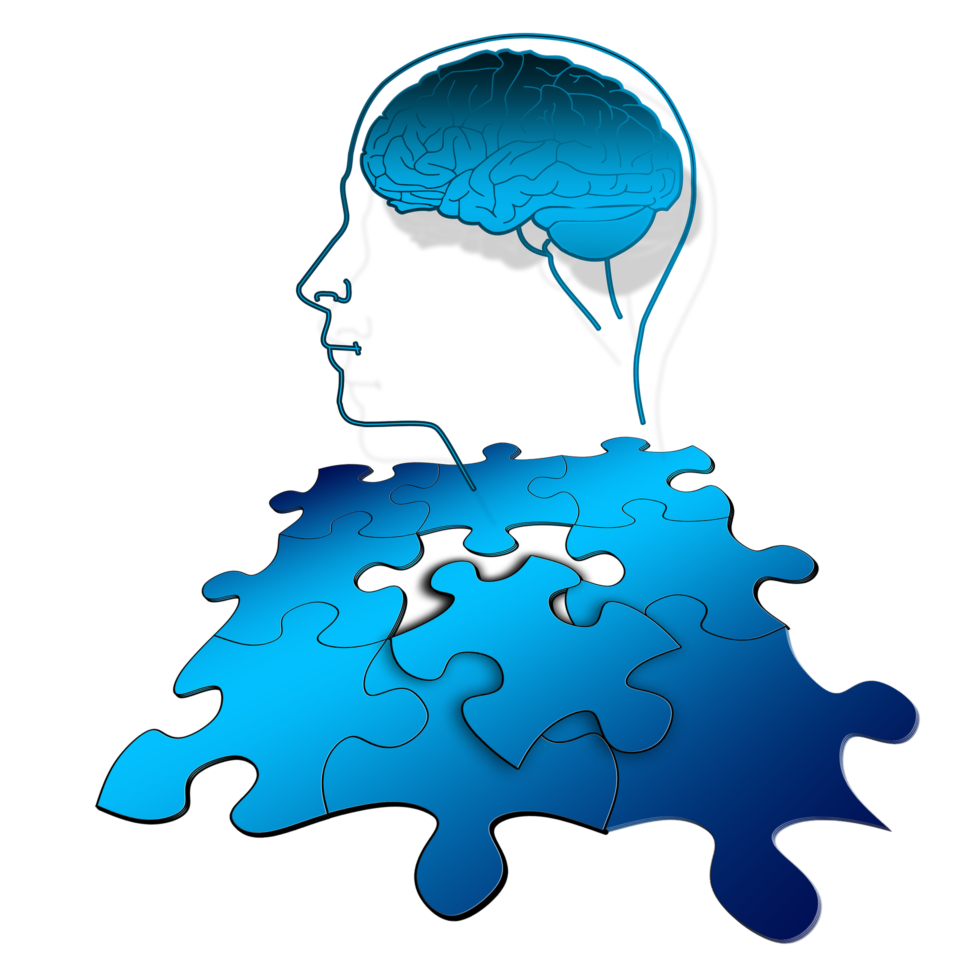 I worked on a number of research studies and also initiated independent work. I had to come up testable hypotheses, design research protocols, conduct experiments, analyze data (in MS DOS!), and synthesize what I learned within the greater body of cognitive research.

It was distraction tests again but this time in water deprived rats who had to complete attention tasks and not college students. I worked under the guidance of my advisor, Professor Martin Sarter (now at the University of Michigan) and co-advisor Professor John Bruno, as well as our post-doc and my fellow grad students.

My independent research was purely behavioral, but I worked on multiple studies in my time in the lab. I even performed brain surgeries! Sure it was in rats. But still! I’ve inserted tiny ass probes in tiny ass regions of tiny ass brains, conducted week’s worth of experiments, then later removed those brains and sliced them in a cyrostat to verify placement.

I’m only sharing all this to show that I have experience in conducting research on brains, not just reading it, and my psychology and neuroscience background goes back 20+ years.

Being me, I left grad school (despite a 3.9 gpa and successful research) to become a firefighter and paramedic. According to Dr. Sarter I was wasting my brain (he was intense). But I had realized that working 50+ hours a week in a basement lab with blacked out windows (because of animal research protesters) was not for me. I missed outside, I missed nature, I missed sunlight. And no one had finished the PhD program in less than 7 1/2 years.

Also, as much as I liked reading and synthesizing research (which I still love), I was not as enamored with conducting it. I am immensely grateful for the people who do it, it is hard, tedious, laborious work. And you’re usually wrong, which is the point of science.

Science should never be about confirming you are right, it should be about trying to prove that you are wrong. At least that’s what I was taught. In our lab it was about coming up with null hypotheses that could be tested so that going forward we were closer to the truth and less wrong.

Out of the lab and into the world

Anyhow, I’m getting side-tracked. Part of why I left, too, was because I  wasn’t keen on the emphasis of grant writing over teaching. I like teaching, I like sharing knowledge. I like helping people with the knowledge gained through science rather than doing the science myself. But I’m so grateful I spent that year in the lab. I can’t begin to express how much I learned.

But I’d always wanted to be a firefighter. That desire never left me no matter how much schooling I got. So I dropped out of a prestigious graduate school – where I was guaranteed a departmental fellowship for the entirety of my program (no student loans!) – to go to community college in fire tech. 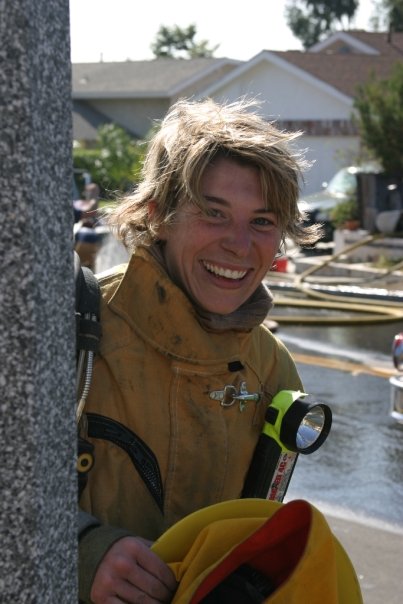 Pain is misunderstood at all levels of society

As a firefighter and paramedic I responded to more medical aids than fire calls, including a significant number of calls for patients with chronic pain and other chronic conditions. In that capacity I saw firsthand how broken the healthcare system is when it comes to treating ongoing pain. Sometimes 911 and the ER is the only option. It’s heartbreaking.

In paramedic school we were explicitly told that fibromyalgia wasn’t a real diagnosis. That it was made up. That the people living with it were faking it. This is also heartbreaking to look back on. The emergency room docs and nurses had similar thoughts. You know those beliefs filter into care, it’s impossible that they don’t.

I would like to think I was always a compassionate medic, but I don’t really know. I wish I could go back with my new understanding, but know I can only go forward with it.

The shit I used to say

I wish I could go back not just with the patients I treated, but also to the guys I worked with on the department in my capacity as a peer fitness trainer. Back to when I preached lifting heavy shit as the solution for everything. Back when I believed that if you had pain you just needed to get stronger, more fit. When I believed it was all about correcting movement dysfunctions, fixing posture, balancing asymmetries. And don’t forget to eat clean!

It all makes me cringe now. And it makes me see just how much pain is misunderstood at all levels of our society, the fitness world included.

Out of the world and into pain

Then I got to experience that broken system myself, particularly the work comp system, when I got hurt and developed ongoing pain. I also got to experience the stigma, the doubt, the judgment. I got to know intimately what it is like when you are living with daily pain for someone to tell you you’re just weak and need to strengthen x. Or unstable. Or asymmetrical.

As a patient I interacted with many healthcare professionals, from physical therapists to orthopedic surgeons, chiros to acupuncturists, posture coaches to massage therapists. I had PT and injections and surgery and manipulations and despite years of treatment, I still had pain.

So I went back to grad school again, to figure pain out myself. I earned my MS in human movement. My track was exercise and sport psychology and I studied pain science as my research focus throughout my 2+ year program. Everything comes around doesn’t it? I was somehow back to my psychology and neuroscience roots. And I’ve been studying pain science and pain ever since.

Eventually I started blogging about my experiences. Reflecting on what I was learning in the literature through what I was living, trying to make sense of things.

So I’m not ‘just a patient’, though I cringe and feel awful typing that out. There is nothing ‘just’ about being a chronic pain patient. It disheartens me that I feel like I have to say it.

Being a patient should be enough to be heard

I hate that I feel I have to mention all the other stuff to be taken seriously. In some quarters, I still won’t be because I’m not a clinician. What I have to say might be ‘interesting’ to them, but ‘just an anecdote’, too.

So that’s where I’m coming from, but I’d rather be coming from here… ;) 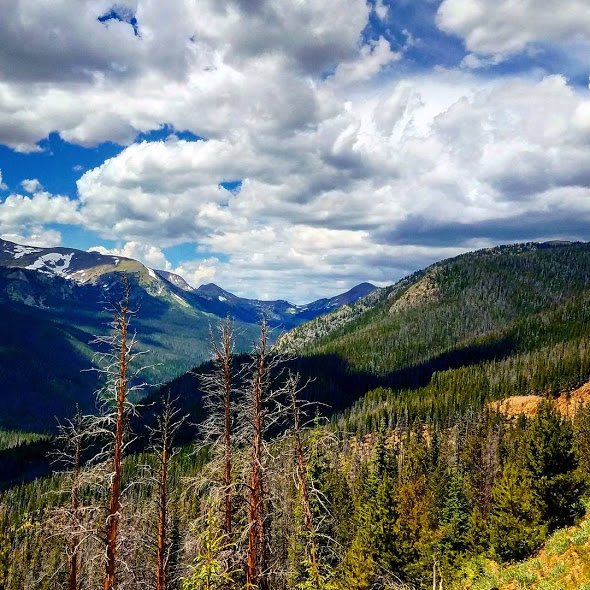 Where I always prefer to be coming from…