PLEASE NOTE - the MyCuppaJo blog has moved to Substack. Please subscribe to my newlsetter there and never miss a post! mycuppajo.substack.com
Home » A run, a rant, and a few more thoughts on fear and movement

I’ve been afraid to.

But today, I ran. As I was walking along my usual path I thought, why the hell am I so scared to pick up the pace just a little? To jog just a little? To run just a little? Why is this one thing off limits when I’ve done so many other things, from hiking to yoga to the Patch to snowboarding?

See, all this time I’ve been talking about how I’ve overcome my fear of movement and how I’ve accepted this chronic pain thing and started living again and how I’m pursuing the things that matter to me, focusing on my life and not my pain, I’ve still been holding onto remnants of that pained self. That self that didn’t know all the things I know now. All the things that have helped me make such huge strides in so many areas of my life. So many strides everywhere, except for where I miss taking strides the most – running out on a trail somewhere.

Yet I’ve been (I still am?) stuck holding onto this RUNNING=DANGER thing for some reason, despite knowing better.

I’ve been espousing on this blog for quite sometime that movement is life, that movement is necessary, that movement is safe. All movement, but particularly movement with no externally applied loads. Our bodies are pretty darn good at figuring this movement thing out (read this post from Todd Hargrove for more on this, it’s a great post!), especially our day to day movements.

I wasn’t discriminating, all available forms of movement have been on the table. I want everyone, including you, to go find what they enjoy, ease into it, practice it often, and try to get better at it. Get a coach if you need help with efficiency or skill or accountability. But move, howsoever you wish. My only rules have been to take it slow, don’t overdo it, enjoy it.

I wasn’t lying, I wholly believe this. Movement in all (well, most, let’s be sensible.,folks) it’s forms can be beautiful and beneficial. But even though I wholly believe this, I was lying to myself. See, for me there was always this asterisk at the end of those sentences, an asterisk that represented my thought of  ‘well, for me, all movement is on the table EXCEPT for running…and lifting heavy things’…sigh.

For a number of reasons, of which I think I’ve hit upon a few that were key.

First, when I was injured, running and lifting objects over 40 pounds were the first two “NO” boxes checked off on my worker’s compensation forms. Why? Was it because those activities caused my injury and pain? No. My injury happened stepping off a fire engine. It had nothing to do with running or lifting. But running and lifting did aggravate my existing pain, so it was sensible to stop doing them for a bit.

That’s the kicker, it was probably sensible to stop doing them for a bit. But no one told me that. So my little bit turned out to be a long, long bit. Those boxes were never unchecked in my five years in the worker’s compensation system. Not only were they never unchecked, more NO boxes were added to the list: no squatting, no climbing, no prolonged sitting, no awkward positions.

There were lots of things I wasn’t allowed or supposed to do. The reasons behind the NOs were never all that clear, so I assumed (you know what they say about assumptions!) they were NOs because they were bad for me. That doing those things would lead to more damage, more injury, more pain. Forever. Not just for a little bit.

In reality, those NOs were misleading. They sent the wrong message, gave me the wrong information. Those NOs pretty much told me movement is bad and dangerous and will hurt me. Those NOs told me many forms of movement, natural, day-to-day, harmless movements, were forbidden.

‘Scuse me while I rant a bit….

Is it any wonder, then, that people who go through the work comp system, or who are getting restrictions from their health care provider due to an injury, get all messed up about how they think about and engage in movement? How ways of moving that they probably never gave much thought to before have suddenly become a danger-ridden focus?

The message seems to be these movements are BAD. You need to stop doing them. You need to be really really careful – you’re fragile! You’ll NEVER be able to move in these ways again if you don’t want pain (I was declared permanent and stationary, after all). You can’t do these things if you want your health insurance or work comp to cover your care. You can’t move if you want to get through this mess of a situation.

Now, I know that’s not necessarily what’s being told, but I bet it’s a lot of what’s being heard, internalized, and understood.

It’s often not well explained to us (in this broken system) that although ways of moving may need to be modified for now because they are exacerbating symptoms, that once we let our tissues heal up a bit, once we let the immune system do it’s work, once we let the nervous system settle down a bit, there’s no reason we can’t get back to them.

It’s often not told to us that our mindset, our thoughts, our nervous systems, our immune function, our muscles may need some coaxing and retraining to get back at it. That it is to be expected and just a part of the process.

Learning to fear movement rather than unlearning pain

Instead, we learn that movement is bad. Those NOs teach us to associate certain movements with danger and pain. Associations we may have already made simply as a result of the initial painful experience. And those associations between movement and pain can become stronger as we learn them better, as they’re reinforced, which can result in movement becoming more painful, more feared, more avoided.

Instead of unlearning the pain, we get check boxes of NOs, as if pain is black and white, well-defined, readily remedied, with everyone experiencing it the same way and being fixed the same way. Just check this box.

(important note: it’s not always like this, there are incredible therapists out there doing amazing things.  I’m more ranting about the overall approach to chronic pain. The systemic problems, not individual clinicians. I’ve had some amazing clinicians along the way who have helped me along this path and who have guided many a lost soul home.)

Getting back on track

Those NOs haunted me for a long time. Their ghostly outlines are still trying to creep back into my conscious awareness, hoping I’ll notice them and pay them mind. But I refuse to pay attention to them now. I’m actively working at extricating their claws from my thoughts. Actively working to be rid of their niggling presence, their shadows of doubts and fears, their notion of a life filled with limitations and cant’s and NOs.

Over the years I’ve gradually resumed the squatting, sitting, climbing, and getting into awkward positions because those things are necessary for day to day living and they didn’t seem so scary to me. They were easy to get back to, to ease into, to make a part of normal life again.

I get into awkward positions all the time while I’m out taking pictures, I climb stairs regularly, I hike, which typically involves climbing hills. I can sit through a movie or dinner or in a car on a road trip. I can use the toilet (I never stopped doing that, for the record). I can squat down to play with my pup or take a better picture, like below. 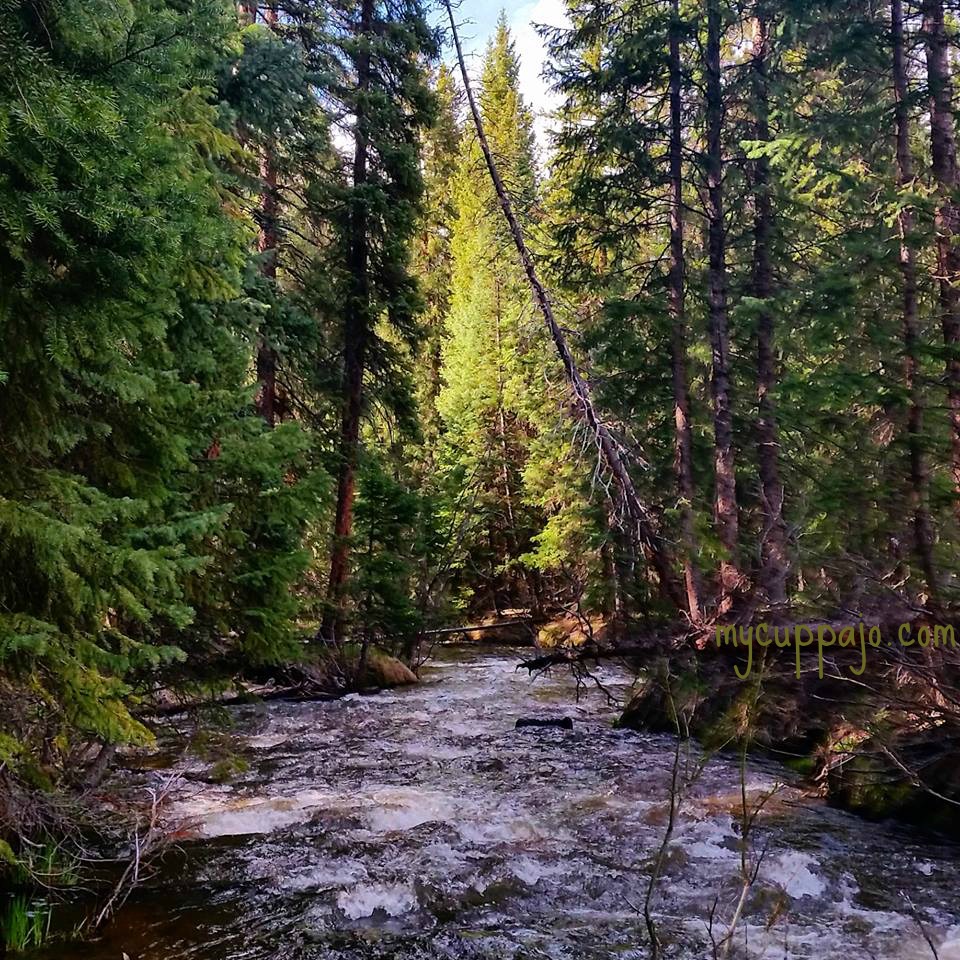 Hiking along the Fraser River

But not the running and the lifting heavy things. Those two NOs persisted. For a long time.

Those NOs persisted despite the fact that my education in human movement told me that not only were they not likely to do damage, but rather that jogging and lifting were good for my bones, my joints, my muscles, my heart, my lungs, my brain, my mood, my outlook, my health.

So what was my hang up? I don’t know why I’ve held onto these particular NOs for so long. I suspect it just became ingrained in me through the work comp process and I never rooted it out.

Firstly: I have recently made a leap in my progress from knowing and talking about all this stuff to actually living it. It’s all finally clicking into place, and I’m in a much better place for it.

Secondly: my work comp case was finally settled a couple weeks ago after five years of hassle, stress, anxiety, limited care options, and general not-goodness. The last 2 years I’ve been trying to just get out of the damn system so I could be in control of my own care, my own pain management, my own health, my own future. So I could go out and do things without worrying I would get ‘caught’ trying to get better and thus have my claim denied.

Work comp was a stressful, heavy, brain exploding, heart crushing weight I hadn’t been able to get out from under. A weight which has finally been lifted.

Without all that weight, I felt today like maybe I could run again. Not much. Not much at all, actually, but it felt amazing. It felt like a lifetime lived in two minutes. It felt free. Free of worry, free of fear. Free of sadness and regret. Even though it wasn’t much, it was, in a way, everything.

I’m going to be smart about this running thing because I love it, I want it to work. I want running to be a part of my life again, even if just in small doses. So I’ll go slow. I won’t go far. I’ll mostly walk. I’m going to be gentle, I’m going to ease into it, I’m not going to overdo it. But I sure as hell am going to enjoy it.

Today my ‘running’ pace was probably slower than my usual walking pace. But that’s ok, because: 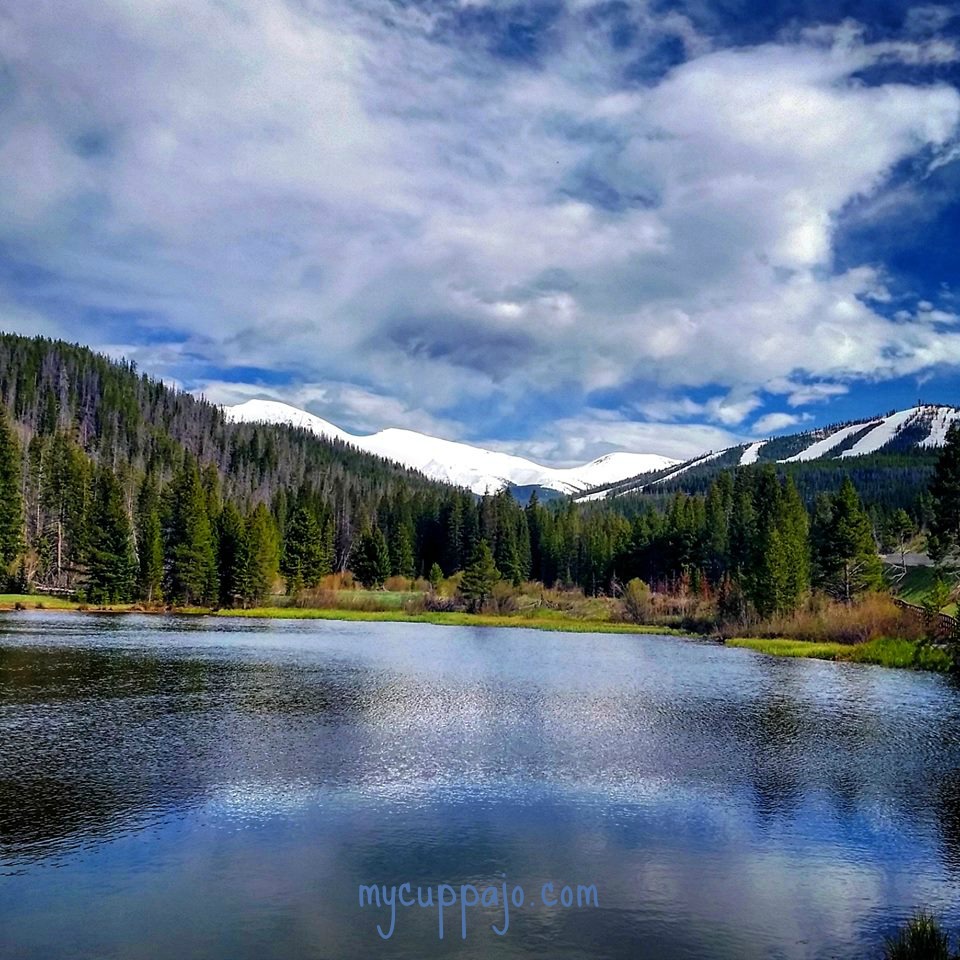 Running outside was always my escape, my therapy, my me time. It’s something I’ve missed dearly since my injury and after my pain issues started up. And it’s something I hope to regain. I aim to at least give it a go.

As always, thanks for reading my post, folks! Sorry that today was a bit of a rant. It really just hit me out on my walk today that there was no reason I shouldn’t run, sensibly, easefully, shortly – you know what I mean? So I just did it and then I just had to tell you about it.

As always, I’d love to hear from you; enter a reply below, shoot me an email via the contact form, or hit me up on social media. And if you like what you read, please share with a friend or with your network. If you’d like some extra content every month, sign up for the monthly(ish) newsletter, there’s always an essay I don’t post here, some photos, some recipes, and some links to things that I find interesting.

4 Responses to "A run, a rant, and a few more thoughts on fear and movement"