PLEASE NOTE - the MyCuppaJo blog has moved to Substack. Please subscribe to my newlsetter there and never miss a post! mycuppajo.substack.com
Home » Goals. Whose goals are they, ours or theirs?

I went for a walk today and took pictures, a favorite pastime of mine and one I’m very grateful for. As I was perched on two rocks, squatting to gain a better perspective for a photo, I started thinking about a few things, namely goals and motivation.

So I’m thankful that now, that today, I can precariously perch myself on two rocks in the middle of an icy cold river, one just barely bigger than my foot, the other about twice as big but a touch wobbly if I wasn’t centered, and lower myself so that my butt is damn near touching my heels, all so I can get a better angle for a shot on an overcast and cloudy day when the shooting wasn’t all that good anyway.

That’s pretty awesome, right? Considering where I’ve been, I’d say so. Awesome and at the same time simple, which is the beauty of it. 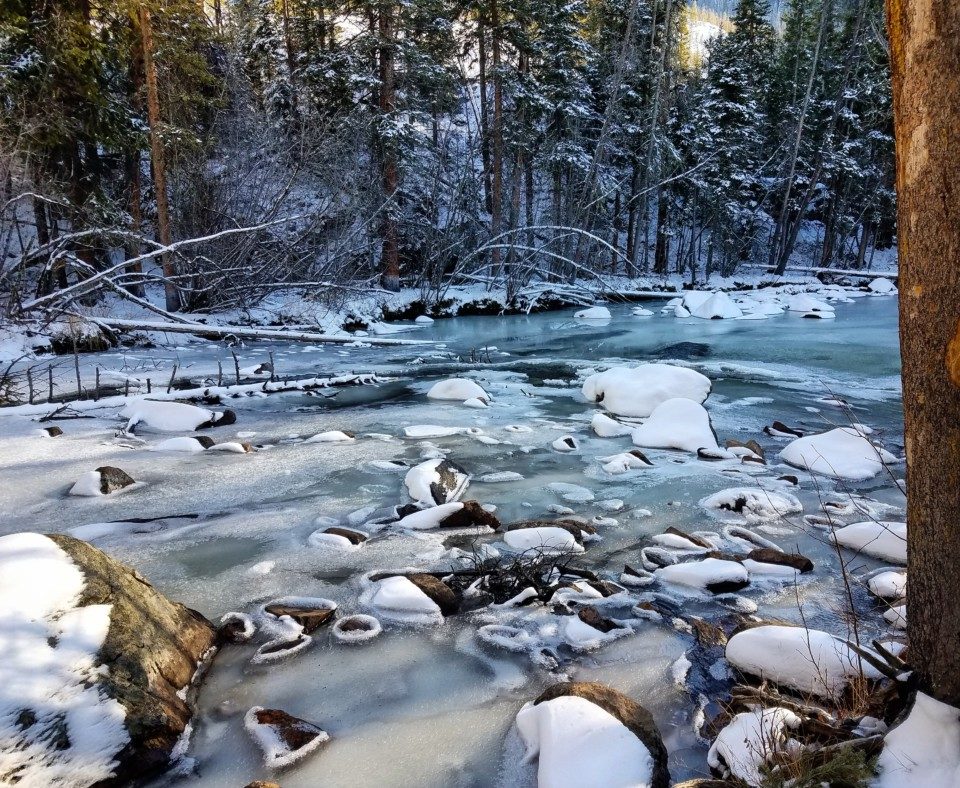 An icy cold river I like to take pictures of :)

There was a time, before my injury and the pain that stuck around, that I used to squat in the gym, on purpose, with as much weight as I could handle (which was quite a lot, as my ego will tell you).

I was a firefighter. training hard came with the territory. I’d been an athlete my whole life, too, so I was used to it. I thrived on competition. On pushing myself. On proving myself. I took pride in my athleticism and strength, privately (and sometimes not so privately) gloating when I could outlift or outrun the guys at the station or the gym.

I loved it: the job, being a gym rat, running. Being strong, lean, cut, fit. An athlete. A bad ass.

And I thought that’s what everybody wanted

Doesn’t everyone want to be an athlete? To be fitter, faster, stronger? To be cut, ripped, jacked? I thought so in my training days, days when I also trained others. I assumed that those who weren’t there already were just lacking the time, resources, skills or coaching.

Or they just weren’t motivated.

Ever hear something along these lines: “If only my patients/clients/family member/friend were as motivated as I am to help them get out of pain/lose weight/be healthy/fill in the blank…”

What did they want? I didn’t ask enough back then. I never really thought to until pain stopped me in my tracks when, all of a sudden, a seemingly inconsequential injury landed me on worker’s comp and onto a path of uncertainty, stress, pain, and worry.

I lost 24 pounds of muscle in the matter of a few months.

I lost my job in a matter of 2 years.

I lost myself along the way.

I came to realize that being fitter, faster, stronger just plain didn’t matter to me anymore. I just wanted to have a semblance of a life again. Not my old life, just a life.

It was an awakening.

And for the first time I realized that maybe other people didn’t want those things I used to want, either. Maybe they never did.

I realized that for years I had just projected my goals, my wants, my beliefs onto them.

Whose goals are these?

I never said ‘do this to be strong, fit, and lean like me,’ though looking back I’m sure now that’s how it came off to some folks. No, what I said was more like – everyone is an athlete, here’s how to train like one! Or – here’s how working out in this specific way (that I really like and think is AWESOME) will help you achieve your goals and whatever it is you want to do! (what is it you want to do again?)

I never paid much attention to that ‘what is it you want to do part’, to be honest. Never really asked about their goals and the why for those goals. I just KNEW that strength and conditioning (dynamic warm-up, LIFT dammit!, ESD, cool-down) would be beneficial for EVERYtHING, so what did it really matter? 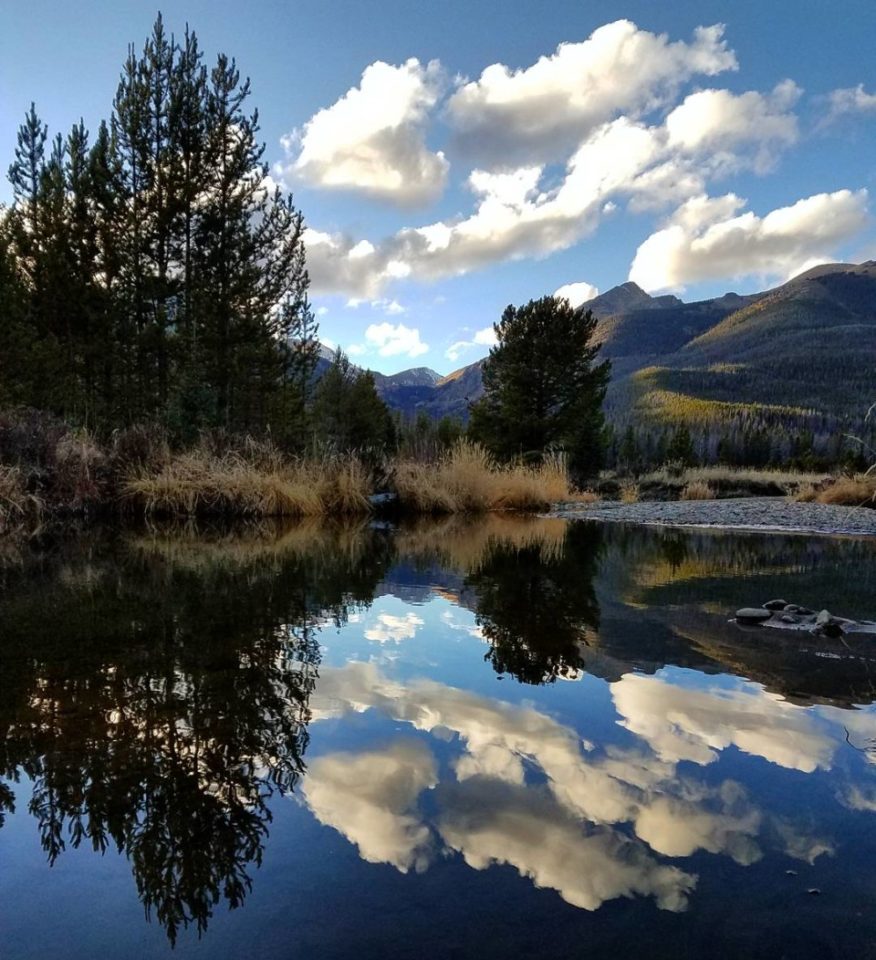 It matters more than I thought

The gym doesn’t matter as much as I thought it did for the ‘what you want to do’ part. We’re not athletes, we’re not training for the Olympics. We’re not even training for any sort of competition (most of us).

Athletes are specialized, after all. They train for hours upon hours a week to try to be the best they can be in their sport. They do whatever they can to gain a competitive advantage over their opponents.

Is that how we need to approach daily life? I don’t think so (bring the backlash!).

If we want to be able to walk the dog or get up off the floor or play golf on Sundays, we don’t need to be in the gym every day, we need to be out walking the dog, getting up off the floor, or golfing (grading exposure, building up over time, practicing).

I squatted on two rocks in the middle of an ice cold river to take a picture without ever training to do that in a gym.

It wasn’t a planned thing, but I was ready for it because I have practiced by going out and taking pictures and wanting to get better angles from time to time and having to figure out movement problems to do so.

I found movement solutions that I couldn’t have, nor would I have, trained for in the gym.

My only ‘training’ these days is regularly engaging in activities I enjoy, even when I have pain, which is not as often as it used to be. And even when I know my pain will go up, because sometimes the benefits outweigh the risks. I can make that call.

I hike, snowshoe and jog. I cross-country ski (badly) and snowboard (goodly). I walk and take pictures. I coach. I move. I play.

They all took patience, persistence, and practice. I regularly walked before I hiked. I regularly hiked before I started taking pictures. I regularly took pictures before squatting on precarious rocks over ice cold waters to get a better angle.

I’m not saying that regular gym workouts wouldn’t help with these activities, they might. 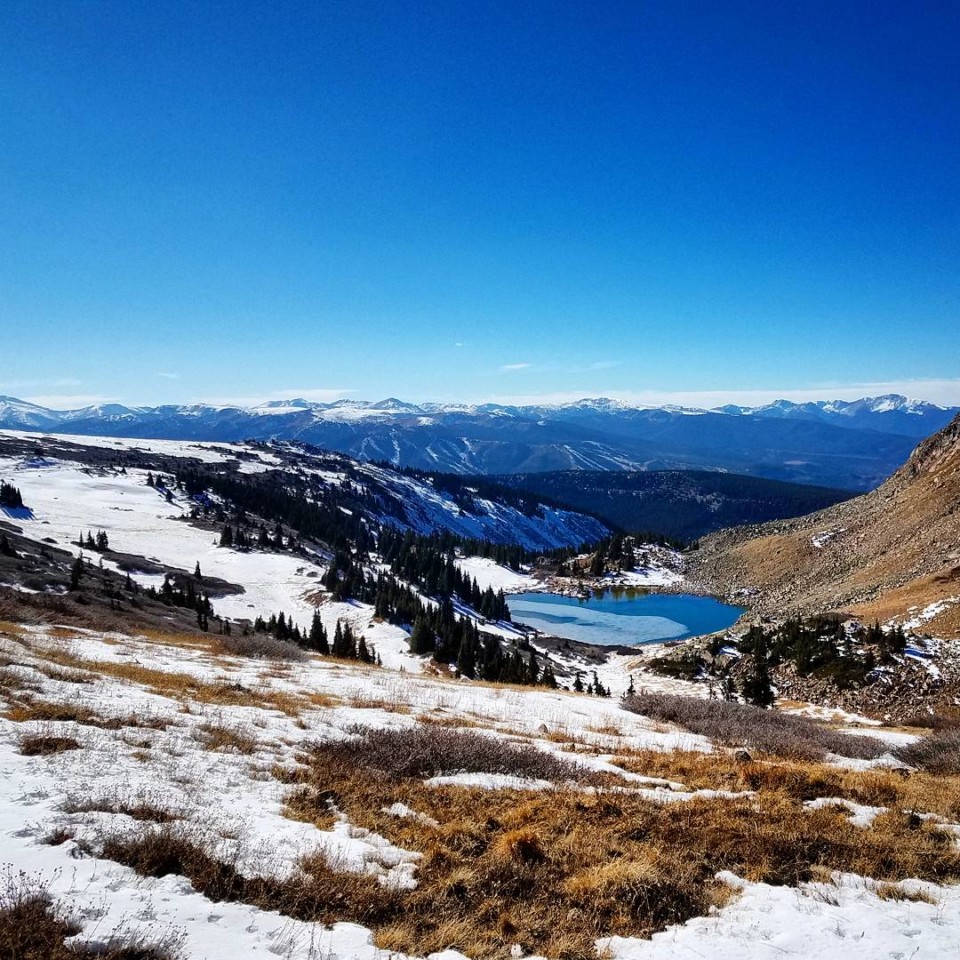 Would I benefit from strength training? Most likely. I know the research.

But I’d rather be outside engaging with the environment and solving the movement problems it actually throws at me. I’d rather be snowboarding with friends or coaching adaptive athletes. I’d rather go for a hike.

I’m no wimp, mind you (my ego chiming in again). I’m not atrophying and withering away. I can hike 12 miles to alpine lakes. I can snowboard all day if my schedule permits. But I am not an athlete, nor do I want to train like one.

I’m just an everyday Jo who wants to play outside.

If My Before met My After

If my former self came to me today and pushed what she wanted to do on me, I wouldn’t go along with it for long, and I’m sure I ‘wouldn’t be motivated’ in her eyes.

But I’d be plenty motivated, alright, only I’d be motivated to live my life and not hers.

Or I might just tell her to f’ off (she was a bit arrogant), and she’d be incredulous, wondering how I couldn’t see the value in what she was proposing.

But I would see the value, it just wouldn’t line up with my values. My meaning, my what matters. What is meaningful might not be optimal, you know? (For a great read on how we rob the aging and the ill of their goals to make them ‘safe’, I highly recommend Being Mortal by Atul Gawande. And while your at it, for a great book on the meaning and mortality, I highly recommend When Breath Becomes Air by Paul Kalanithi.)

I want to be active, I want to continually seek the possibilities within my limitations and challenge those limitations, I want to be able to play outside all the live-long day. But what that means for me may not be what it would mean for you.

I don’t want to train, I want to live.

I’m not bashing strength training by any means. I believe it’s immensely beneficial. My point is that it’s not everything for everyone and that people are motivated. They just might not be motivated by the same things we are. And people do see the value in what we’re proposing, it just might not line up with their values at this moment in time. Perhaps it never will.

We need to stress to folks that any movement can be beneficial, be it dance, jogging, martial arts, hiking, or nature photography. Fishing, skiing, yoga, biking, or gardening. But it’s only beneficial if it gets done.

So maybe we should make it more about finding out that ‘whatever you want to do’ piece and helping people get into it or back to it, rather than trying to get people to ‘optimal’.

It’s too short and too precious to do otherwise.

Lessons from a lift

I’ve met men and women in their 70s, 80s and even one spry fella in his 90s, on the lifts of Winter Park. More than one of them has told me that their only ‘training’ is to keep skiing. Some mountain biked, too. Or hiked. Or did yoga. But they weren’t training for those things, they were living them.

My take away was to just keep moving, often, in ways we enjoy that are meaningful to us. Perhaps if we start with that, we’ll want to start training for it, only will we see the relevance.

There are plenty of folks out there who can help: PTs, trainers, coaches…but make sure they’re helping you reach your goals and not their own. And for you practitioners out there, please keep that in mind as well. We are not algorithms nor athletes. We’re awesomely adaptive and resilient humans trying to master the art of truly living.

Maybe we don’t need to train for living life like athletes train for sport. Maybe we just need to get out there and live.

Isn’t that the best practice? It’s the most fun, anyway… 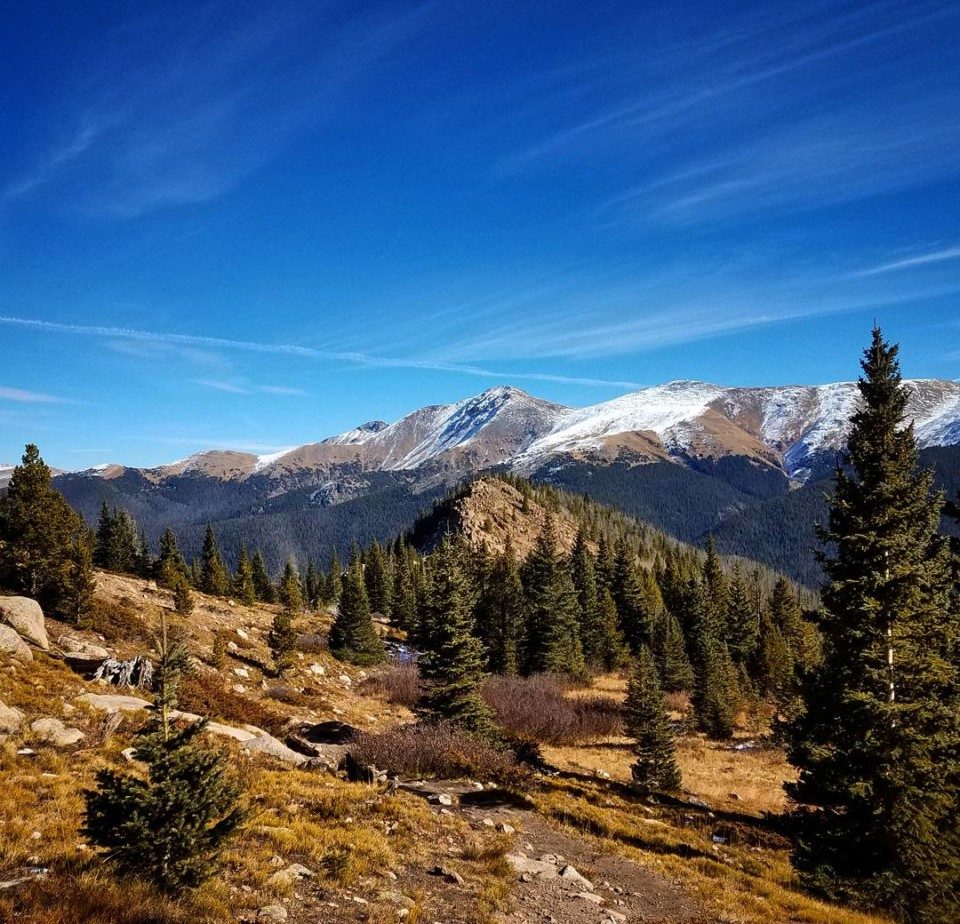 Parry’s Peak and the Continental Divide

Thanks for reading folks! As always, I’d love to hear your thoughts, feedback, questions, and concerns.

Lots of good stuff has been in the works so I haven’t been posting much (though I have 19 more drafts in the queue!), but the good news is that The Endless Possibilities Initiative website should be up next month. Stay tuned!

4 Responses to "Goals. Whose goals are they, ours or theirs?"