PLEASE NOTE - the MyCuppaJo blog has moved to Substack. Please subscribe to my newlsetter there and never miss a post! mycuppajo.substack.com
Home » Going Gluten-Free: It Isn’t Just a Fad for Millions of People

Gluten-free seems to be all the rage lately and it can be hard for people to figure out if it’s just a fad or if there really are associated health benefits. Some of the confusion is in gluten-free diets being touted for weight loss in the popular press, but going gluten-free isn’t (or at least shouldn’t) be about weight loss. In reality, many people who go gluten-free without understanding the reasons for doing so just end up replacing gluten packaged and junk foods with gluten-free packaged and junk foods – but junk is still junk whether it has gluten in it or not and eating it won’t lead to weight loss (although it may lead to improved health in other areas).

Many people, including myself, are on a gluten-free diet for health and performance reasons, not for weight loss. And those people aren’t just replacing gluten junk with gluten-free junk but rather are eating less grains in general and eating more produce (including fruits, veggies, tubers) and healthy fats (avocados, coconuts, olives, nuts and seeds) instead. I personally began eating gluten-free over three years ago after my hip surgery, as part of my surgeon-recommended anti-inflammatory diet. In so doing, my digestive problems cleared up, which I hadn’t even known were due to gluten and other grains. I had dealt with stomach aches, constipation followed by horrendous diarrhea (hey – I’m being real here!), bloating, and other GI issues for years. But I thought it was just normal and didn’t realize it wasn’t normal until I didn’t suffer from it anymore!

Eliminating gluten and grains from my diet literally changed my life.

I went from spending hours in the bathroom some nights and always having stomach pain to being “regular” and not having to worry about where the nearest bathroom was all the time. Who knew hip surgery would lead to HUGE overall health and quality of life improvements – that had nothing to do with my hip! 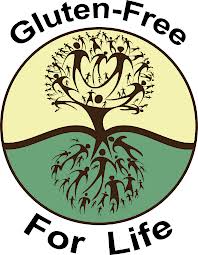 I went to my primary care doc for my annual exam about four months after my surgery and told him about being gluten-free and all my GI issues being resolved. He wanted to test me for celiac disease so I had to do a gluten-challenge, where I was supposed to reintroduce gluten to my diet for two weeks prior to my tests (you have to have gluten in your system for the celiac tests to identify whether or not you have it).

Adding gluten back in: A return to awfulness

I immediately felt horrible once I reintroduced gluten (I felt like my old self – stomach aches, hours in the bathroom, etc. and couldn’t believe I lived like that for so long thinking it was normal!). I was so sick after about the fourth day that my doctor had me stop the gluten challenge and said we didn’t need to do the celiac test because it didn’t matter; whether I had celiac disease or non-celiac gluten sensitivity the treatment is the same: simply eating a gluten-free diet.

I have been immeasurably healthier since being gluten-free and feel the best I have ever felt. It’s been over three years now and I have no trouble getting in enough carbs from lots of fresh fruits, vegetables, squashes, peas, potatoes, and other starchy tubers. Other gluten-free options, depending on  your preferences and tolerances, include gluten-free oats, quinoa, rice, beans and legumes.

Celiac disease is one of the most common disorders in people of European descent, affecting approximately 1% of the population in Europe, South and North America, and Australia – that’s over 3 million people with celiac in the US alone and approximately 17 million people in the indicated areas) and eating gluten for these people damages the intestines through an auto-immune response, therefore  gluten must be avoided at all costs.

There is also dermatitis herpetiformis, which causes a blistering rash upon contact with gluten, gluten ataxia, which causes damage in the cerebellum, as well as wheat allergies that include contact uticaria, respiratory distress, food allergies, and wheat-dependent exercise-induced anaphylaxis.

In addition to these auto-immune responses to gluten, there are millions of individuals who appear to be sensitive to the properties of gluten and exhibit a wide spectrum of reactions after consuming gluten that are alleviated by going on a gluten-free diet and which subsequently recur after the reintroduction of gluten.

This spectrum includes immune-mediated, non-celiac gluten sensitivity which has similar gastrointestinal symptoms to patients with celiac disease but without damage to the small intestine. In addition to non-celiac gluten sensitivity being the possible culprit for many people with irritable bowel syndrome or irritable bowel disease, gluten has also been indicated in certain subsets of children with autism who have concurrent gastrointestinal symptoms.

Should you try going gluten-free?

As with anything, how and what you eat is a personal decision to be made based on your health, life, goals, and how you feel. My husband can tolerate gluten and grains so he eats them, though not as often as he used to because he feels better when he doesn’t eat them. I don’t eat gluten at all anymore because I feel awful when I do.

Now that I know I don’t have to live that way, I’m never going back! But I do eat gluten-free grains on occasion because I enjoy pizza and bread every now and then, it’s just not a staple of my diet anymore.

But even beyond health, there may be other reasons you may want to try going gluten-free. I know many athletes that have gone gluten-free to improve their athletic performance. For some of them there performance improves because their gastrointestinal symptoms are resolved. For others it may be because they have less inflammation and are able to recover from workouts faster.

And athletes can thrive without grains, getting plenty of carbs from things like sweet potatoes, winter squashes, and fruit.

There are plenty of gluten-free options out there now, even when dining out, but just as for people who do eat gluten, I recommend getting your fuel from whole foods, not packaged goods and junk food!

I also want to mention that there are a lot of other ingredients and components in foods that contain gluten that may be causing reactions in people, not necessarily gluten. But whether it’s the gluten or something else, if you react negatively to gluten-containing foods (brain fog, stomach aches, acne, sluggishness, achy joints, indigestion, constipation and/or diarrhea, excessive phlegm or gas, headaches, – the list is pretty extensive!) , it’s probably best to avoid them.

The same goes for any food you don’t tolerate well. If you eat something and you have any of those previously listed symptoms, it may be something you don’t tolerate well. Whether it’s gluten or eggs or nuts or nightshades or dairy, it may be worth removing from your diet for a few weeks to see what happens. If you feel better, try reintroducing it to see how you react. If you feel crappy again, don’t eat that food anymore (unless you’re ok with feeling crappy – sometimes you may think it’s worth the discomfort!). If there’s no change, it’s probably not that food and may be something else.

It’s all about figuring out what foods make you feel good – in body and mind.

The foods that are going to help you to live your best, most vibrant, most happiest life.