PLEASE NOTE - the MyCuppaJo blog has moved to Substack. Please subscribe to my newlsetter there and never miss a post! mycuppajo.substack.com
Home » Trail running: imperfect steps to getting back at it

I didn’t finish the post because that whole being a runner again thing didn’t quite materialize. I’d flare-up, I’d feel the same sort of worrisome pain I’d felt before my surgery and freak out a bit. I wouldn’t go back out for weeks, sometimes months, at a time.

I told myself, once again, that I could accept not being a runner. That’d I’d given it a go and it just didn’t work out.

Doing too much too soon

But a part of me knew that my ‘go’ wasn’t ideal. That it was too much ‘go’, that I’d pushed too hard straight off the bat. That rather than alternating a walk and a jog for a mile I’d try to jog a whole 3. I didn’t ease into things, that’s for sure. I don’t seem to have that capability when it comes to running.

Oh, I could tell myself all day long before I went out that I was going to take it easy, not get competitive, not push too hard. I’d even believe it as I laced up my running shoes and headed out the door.

Then something would happen while I was out on the trail. I’d start rationalizing and explaining to myself why it was totally ok to do more than I’d planned, to push harder. And whilst out on the trail I’d have a wonderful time, basking in the glory of running again.

Then I’d massively flare up.

I’d take a break and let everything calm down again. I’d do my best to ease my worries that I was going back to ‘before’. Back to when I couldn’t sit on furniture or drive a car or go out to eat let alone think about running.

The things I knew

I knew that I wasn’t going back, but I didn’t believe it.

I knew I had just done too much. That I’d done too much of a thing I hadn’t done in over 5 years. That my muscles, my joints, my tendons, my everything just plain weren’t used to running anymore. I knew that.

I knew I needed to ease back into it, that my tissues needed time to adapt, that I should grade my exposure.

I knew I should start small and gradually add time or distance.

I knew it would take time and patience and that I would eventually get there.

I knew a lot of stuff and didn’t listen to a bit of it. I’m human, eh?

Live and learn. Sort of.

I never did learn. I wish I could say: hey, I finally realized that I was being self-defeating and was able to develop the mental fortitude to be smart about my running without letting the competitive asshole in me ruin it!

But that never happened.

Nope. I never did anything sensible like that. Of course not. Instead I kept going out to run 3 miles after not running regularly for over 6 years. (Why 3 miles? Who the hell knows.)

Success, in spite of myself

But here’s the thing, I can run now. I can go out a couple times a week and run a 3+ mile out and back. No distance record, certainly, and I’m glacially slow, but I’m out there. I’m doing it. That matters.

And I can do it without flaring up now. I can run and feel good when I’m done. That matters even more.

I’m a little sore, sure, but in a lovely I physically tested and pushed myself and I’m getting stronger way, not a scary way. There’s no more worrisome pain creeping back into my hip after a run, infecting my thoughts with negativity and doubt. 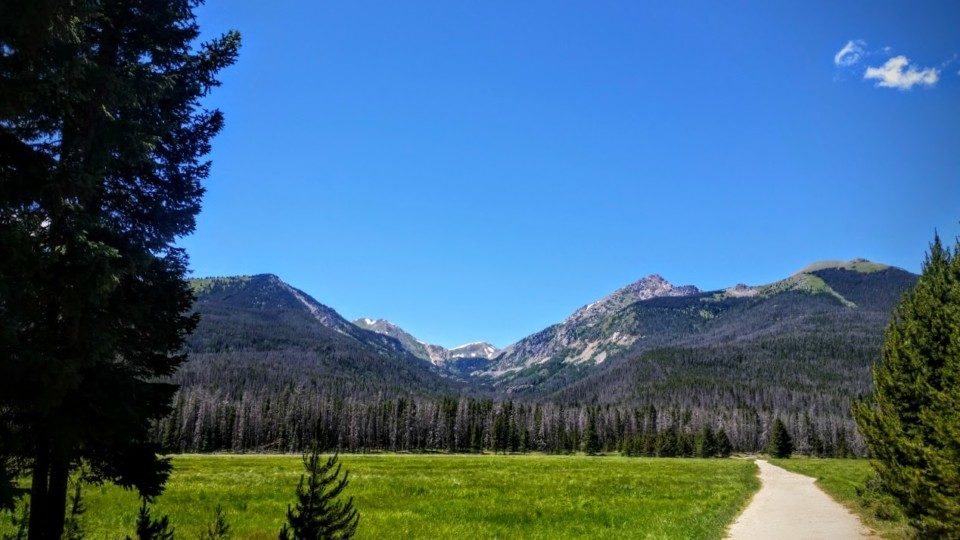 My idiocy has been rewarded!

Or perhaps it was my persistence that has been rewarded.

But maybe, just maybe, going about doing it at all, in this way, was the only way I (uniquely me) was ever going to succeed.

Success, because of myself?

Isn’t success, my definition of success, ideal? Isn’t that the desired outcome?

I’m about to go for another run after I write this, as a matter of fact. That makes my heart deliriously happy. And I’ll go out for another in a couple days and I’ll go on some hikes this week, too. No more need to take weeks or months off to recuperate between jaunts.

And I’ve been doing it fairly consistently for a couple months now, for long enough to declare success. To declare I AM A RUNNER AGAIN.

That has a nice ring to it. It sounds pretty damn wonderful.

(Truer would be to say I am a jogger, but that doesn’t sound as cool so runner it is.)

All this even though I wasn’t smart about this whole thing, often beating myself up over it.

I’m not recommending anyone else follow this same path, mind you. But I do want everyone to search for and discover their own unique path toward doing whatever it is they want to be doing that they aren’t doing right now.

I’m simply sharing this because somehow I’ve managed to get to a point where I can run without my pain going up and that’s awesome. I’m stoked.

I’m sharing this because it means that things are possible no matter how impossible they may seem at any given point in time.

A trail close to home

What’s worked for me

My former self could be sort of an arrogant ass when it came to fitness, to be honest. I lifted heavy, ran far, and hung with the boys. I thought I would always lift heavy, run far, and be a firefighter. I took it all for granted.

I’m a much more humble and appreciative person now. I don’t take anything for granted, life can change in an instant.

Things go best when I’m just enjoying being on a trail, feeling the wind on my face and wondering what’s around the next bend. When I’m in the zone.

Things go best when I’m not thinking about running or pain.

When I can’t not think or can’t think about something that isn’t running or pain related, or if I find myself overly focusing on my hip (which still happens regularly), I do math problems. I suck at math, so math while running at elevation is particularly challenging and time consuming, for me.

It’s a great distraction. I can cover a lot of distance doing math in my head. I’ll try to calculate my pace after I pass a mile marker and check the time on my FitBit. That alone can keep me occupied for a mile, by which time I have to recalculate.

I have to do this sort of thing because I used to be WAY too fixated on my form when I first tried to run again. How’s my lumbopelvic rhythm? knee valgus? foot strike? posture? and things would go downhill from there.

Pain would creep up, worry would set in, everything would go to shit.

So I’ve stopped thinking about form, posture, and gait. I don’t need to at this point in my trail running game, at my speed I’m doubtful I could actually injure myself or do much damage. I’m glacially slow, regularly passed by snails, sloths, and elderly dogs.

(But I’m good with that because I’m out there DOIN’ IT!)

Not thinking about those things doesn’t mean I don’t listen to my body, though, I absolutely do. I just don’t try to control the running so much as just trying to just go out there and do it.

If I start to feel something wonky or start to fixate on my hip to the neglect of the rest of me, I change something up. I might momentarily focus on some aspect of form or posture or gait, doing my best not to obsess over it (a rabbit hole I don’t want to go down).

I’ll push my head up toward the sky or raise my knees a bit higher or change the length of my stride or alter my foot strike or drive my foot into the ground a bit more forcefully.

I just do one thing, not all of those things, picked at random. And usually the change or the shift in focus makes the wonkiness go away (I talked about this a bit on a recent Naked Physio Podcast).

So I am trying to be smart. I even give myself permission to stop. I haven’t taken myself up on that yet, at least not before I hit my random 3 mile target, but the permission is there for the taking and it’s good to know I have an out.

Admittedly, there are times I feel wonky or I start focusing on my hip too much and I’ll try to shift my focus or do math or make some sort of change and the wonkiness doesn’t go away, yet I don’t stop.

It’s still ok, even when I’m not so smart

I am not fragile.

It’s taken me EONS to realize this again. It’s been a long process, but I’m finally starting to believe again that I am still strong, resilient, adaptable, and robust.

We are not fragile.

We are not weak. We are not damaged, breakable goods that should be overly cautious all the damn time.

Again, I’m not telling anyone to go out and push too much, so please don’t take it as such. I would have gotten here a hell of a lot faster if I didn’t (or maybe not, who the hell knows). What I’m trying to say is that we don’t need to handle ourselves with kid gloves so damn much.

There are no rules to this living life thing. That’s what this is about.

This isn’t about pain, it’s about what’s possible..

This isn’t about running, it’s about persistence.

This is about not always doing it ‘right’ yet still figuring it out as we go.

This is about life. 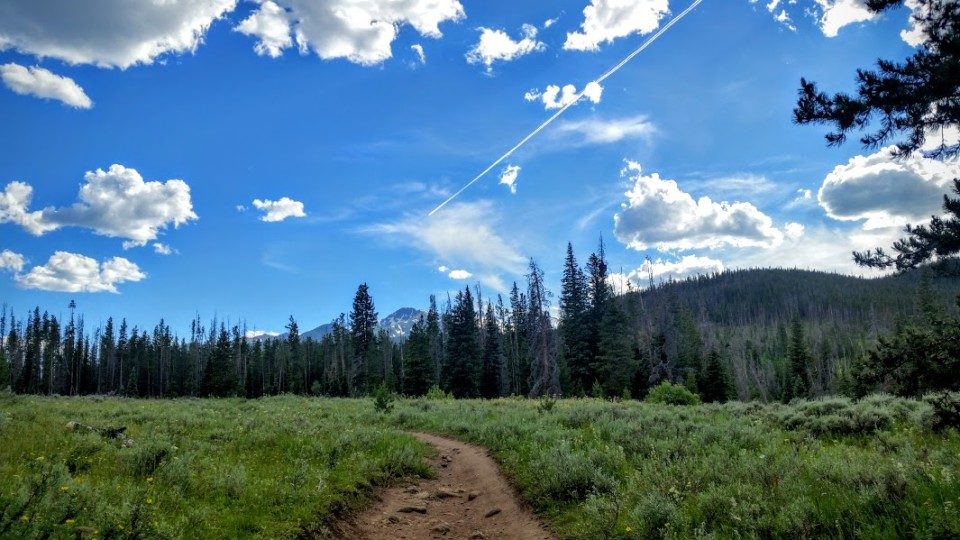 As always, thanks for reading folks. If you want to read my other running posts, check them out here and here.

If you want legitimate advice on getting back to running, check out Tom Goon’s stuff at Running Physio and Matt Phillips’s stuff at SportInjuryMatt .

When I started this post last summer it was a list of ‘how I got back to trail running’. That list was bullshit, as most lists are. There are no linear progressions. Success looks a mess if mapped out, it’s a winding road full of loops and turns and obstacles and even some dead-ends. But the general direction is always forward. Even small progress is progress. Eventually we’ll get there, wherever there is. There is no hurry.

Persist. The possibilities are endless, even within our limitations.

2 Responses to "Trail running: imperfect steps to getting back at it"